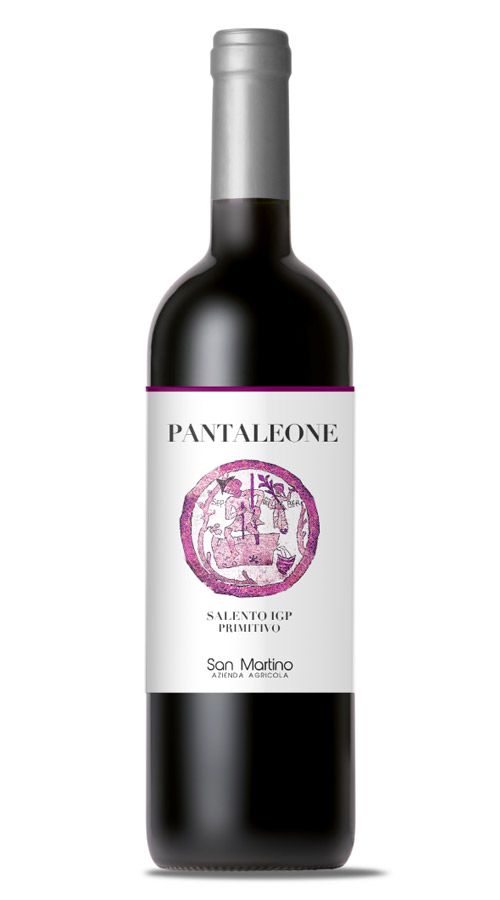 As early as 1900s the Sanasi family produced wine with grapes from their own vineyards. The family business carried on until the 1970s. After a short break, Raffaele resumed this activity. He is a management engineer who chose to resume the cultivation of vines and olives to continue the family tradition.
The San Martino farm, which takes its name from the district where the old family oil mill with stone millstones was, it is based in Torre Santa Susanna, in the province of Brindisi, an area historically dedicated to the cultivation of vines and olives. Around Torre Santa Susanna there  were several farms where wine was produced. There are numerous archaeological testimonies, some also on family lands, that confirm the presence of these activities.
Also the name of this Pantaleone wine has a close link with the Apulian history. In 1100 the monk Pantaleone supervised the construction of a huge floor mosaic in the cathedral of Otranto, a mosaic that is still visible. Among the various representations there is also that of the zodiac and the month of September is depicted with a man intent on pressing grapes. The tondo is reproduced on the label.
The history of the primitive goes back over two thousand years.Today Primitivo, represent the most famous ans most sought wine of Salento; synonymous of quality and tradition along with the traditional method of vine training, the Alberello Pugliese bush vines. This system gives a very low yield per Hectare but also produces grapes of very good quality. The harvest is early and done by hand, the grapes are then macerated in horizontal rotating vats before the wine is aged in french barriques for 6 months and then finally maturated in bottle.

TASTING NOTES
An intense ruby red colour with scarlet reflections; harmonius on the nose with notes of ripe red fruits and lightly spicy. In the mouth it is elegant and soft with low acidity and very ripe tannins.